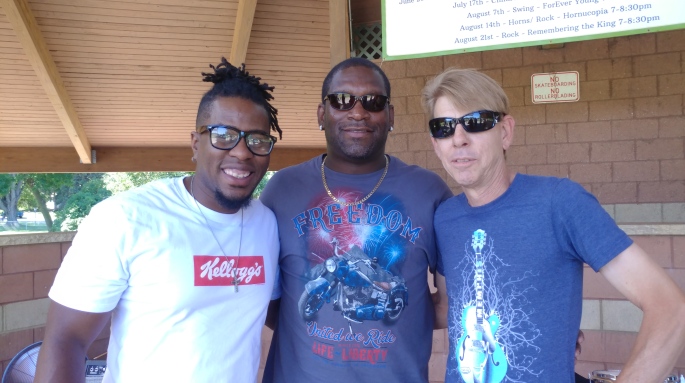 It was a hot Saturday morning when I heard the Craig Clark Band at the Vetsfest of 2019 at the Richard Walton Park in Oakdale, Minnesota.

I have listened to the Craig Clark band many times, and I always enjoy hearing their music and dancing to the band. 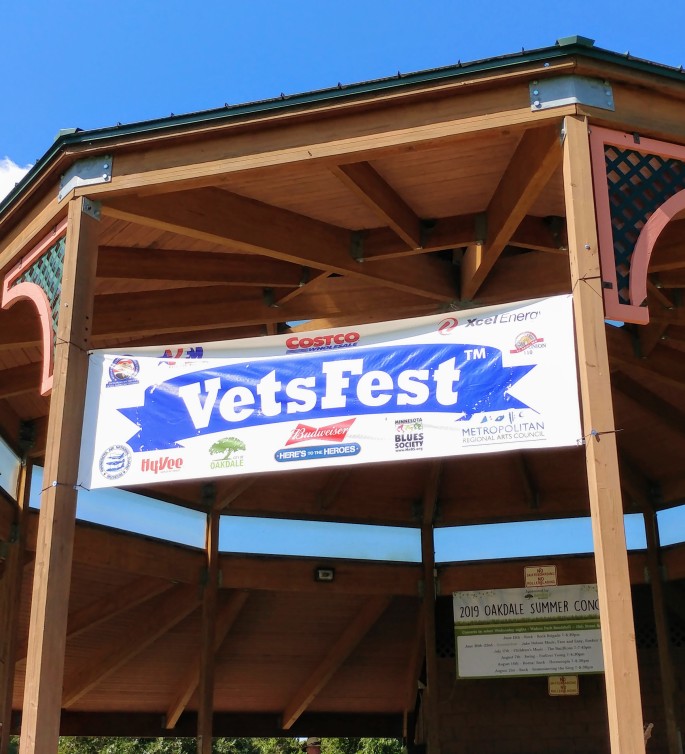 The event was held by the FetsFest by vets for music. https://www.facebook.com/Vets-For-Music-753854751409280/ Held every year and only the best bands play here. Which the Craig Clark Band was one of three bands playing that day. The Craig Clark Band led the days’ events with a spectacular opening of songs, and many dancers came to dance to them.

Craig Clark is one of the top ten lead guitarists in the five-state area, and maybe even in the USA, we have the powerhouse male singer and guitar extraordinaire Craig Clark. He makes his guitar sing and vibrates. Craig Clark really works his guitar with magic! When he sings, he is among the best in the Nation as well in the top ten for Blues, Jazz, and The New Minnesota Music Sound. What a winning combination to have in the band.

The Bass guitar play and also solo and harmony singer Eric Meyer. Is right on the beat, tone, and notes both his guitar and singing. He is one of the best bass players I have seen in a while. Working his bass guitar like some of the best-known bass players thought out the decades.

The drummer is a well-known drummer in the world with the many travels he has done worldwide. Mario Dawson is the drummer; among many things, he plays with Bernard Allison band. Always on the beat and an amicable person. I love the way he keeps the rhythm and has fun doing it. The band continues its cue by the fantastic drummer! If you can see Mario ask him about his adventures of the different countries he has been in. Many amazing stories and adventures Mario has to tell. He may be a bit shy at first, but once he opens up, beautiful stories are to be heard.

A video from another event!

You can find out more about the band by clicking on the links below.

One thought on “Craig Clark Band”