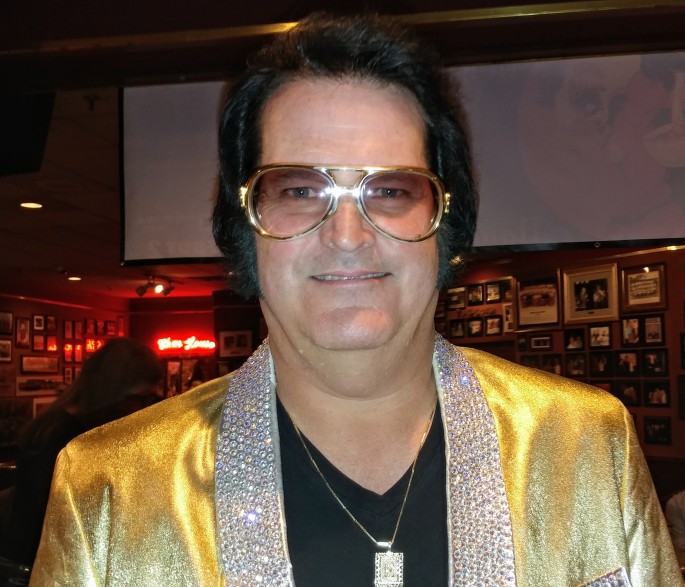 I was with a group of my friends to see Chris Olson at Mancini’s Char House in Saint Paul, MN. It was a mid-week event, but the house was packed. I arrived two hours early, and I was able to get the last two tables for my group. This was not the first time I have had the pleasure of seeing Chris Olson the Elvis Impersonator.

Before the show started, we had a great meal, and Chris Olson walked around in Elvis attire. Many took pictures with him. As the show and music started, you could hear complete silence. I watched and listen to Chris Olson’s voice. He was right on tempo and tone with each note. I also went up front close as he sang some songs. He was right on and a powerful singing voice.

Some of my friends also noticed that he had some of the same hip movements that Elvis had. Excellent strong representation of the impersonation of Elvis. There were several costume changes, and the last was the one with the Eagle on the back of his cape. People cheered. Patriot was the theme for several of the song, including a vet holding and waving the American Flag at the start and everyone stood and sang. Chris Olson also walked among the crowd for a few songs. 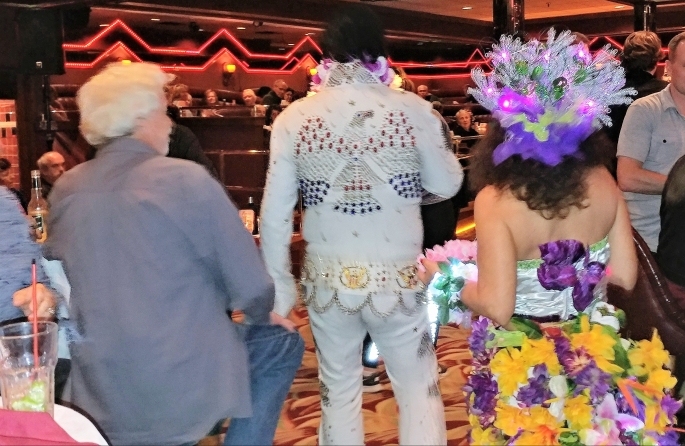 At the end of the show, the song of choice was Purple Rain. Being in Minnesota, we loved Prince who sang that song. What a range Chris Olson can sing. Second bass to Tenor in Elvis style. I’ll go back to see the show again.

I give Chris Olson five stars to tempo and beat. Music singing range of five stars. Not many people have that large music range. Entertainment five stars. Very well put together. You can find out more about Chris Olson (Elvis Impersonator) on the links below.