I was invited to the Rosemount American Legion by both the manager and Event Coordinator to see a special event they had to fundraise for the Yellow Ribbon Project and The Red Cross. The band that was playing was the Minnesota Red Bull Amy’s Rock and Roll band called Red Devils. 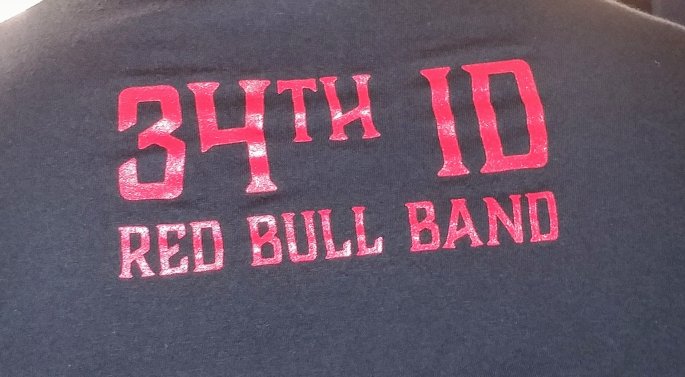 I was delighted to see the friendships of the ten-person band, before, after, and while performing. In the audience were family, friends, vets, local people who live in the area. The Red Devils were in perfect harmony and beat. Breaking off as a band, they sometimes played as a three-piece band, four or a full band. The Red Devils are very versatile and played hit after hit song with dancers dancing to some of the slow romantic songs.

The keyboard player performed an original song, a very gifted young man. I am not giving names of the men and women who were in this band for their safety. I asked them how did they like playing together, of course, they were all friends and had each other’s back. The lead female singer was the high energy of the band with a beautiful voice. A horn section that was right on with notes and beat. Not many groups can do that. The guitarist were blended well, and no one overpowered the other.

I asked the manager how much the Red Devils charged for playing. She said none thing! It was their honor to play. I do believe that it was our honor to have the men and women serving to be able to play music and sing for us—a delightful enjoyment to my ears and heart.

The Red Devils are an amazing five-star band, and I am honored to have seen then and now write a review. I would like to see the Red Devils again!